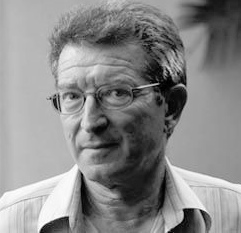 Born in 1947. Studied piano and composition at the Rubin Academy in Tel Aviv, and further studies in London and Paris. His music was performed by the Israel Philharmonic Orchestra, Israel Chamber Orchestra, Jerusalem Symphony Orchestra, Arditti Quartet, Neue Vocalsolisten Stuttgart, Ensemble Modern and many ensembles and performers in Israel Europe and Asia.

Founder and director of the Israel Contemporary Players and “Hateiva” – the Center for Electronic Music in Tel Aviv . Teacher of composition and counterpoint at the Buchman-Mehta School of Music at the Tel Aviv University.